We are thrilled to announce that the Nhulunbuy Recreation, Open Space and Trail Plan has been announced the winner of the 2019 Strategic Planning Award for Parks Leisure Australia SA/NT. 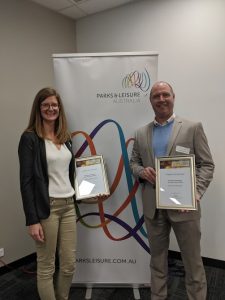 This also qualifies us as award finalists for the National Awards, which will be announced in October at the National Parks and Leisure Australia Conference in Perth.

During 2018 we worked collaboratively with the Nhulunbuy Corporation, in Northern Territory’s East Arnhem Land, to prepare a Strategic Plan for the town’s recreation and open space facilities, and to develop network of town walks.

The walking trail development included the detailed design of signage including a trailhead in the Town Centre and wayfinding signage across the trail network. The walks now cater for locals, as well as the growing number of tourists choosing to take the road less travelled and visit the remote, tropical region.

This caps off a fantastic end to our project in Nhulunbuy, with the Town Walks now on the ground. The signage is on the ground and the maps/flyers are in circulation!

This is a great example of a trail project which has been delivered from concept to construction, all within 12 months and on a relatively modest budget.

Our trail development process built upon our extensive experience with various stages of trail planning and previous initiatives we have delivered in East Arnhem Land.

The process of the Trail Development Plan included:

The network includes five walks which vary in length and provide connections to key community and visitor facilities. There is a walk to cater for people of all fitness levels, and each showcases important cultural, historical and natural aspects of this unique region. Where possible the walks are names after the Yolnu name for the key feature of the trail, such as Nhulun (Mt Saunders) and Gayngaru (Lagoon) and Gadalathami (Town Beach).

All walks have been developed in line with Australian Standards (AS2156.1-2001): Walking tracks. Classification and Signage.

Key features along the trails include:

There has been much excitement around the establishment of the walking trail network with an article published in the NT News and a grand opening event taking place within the community. 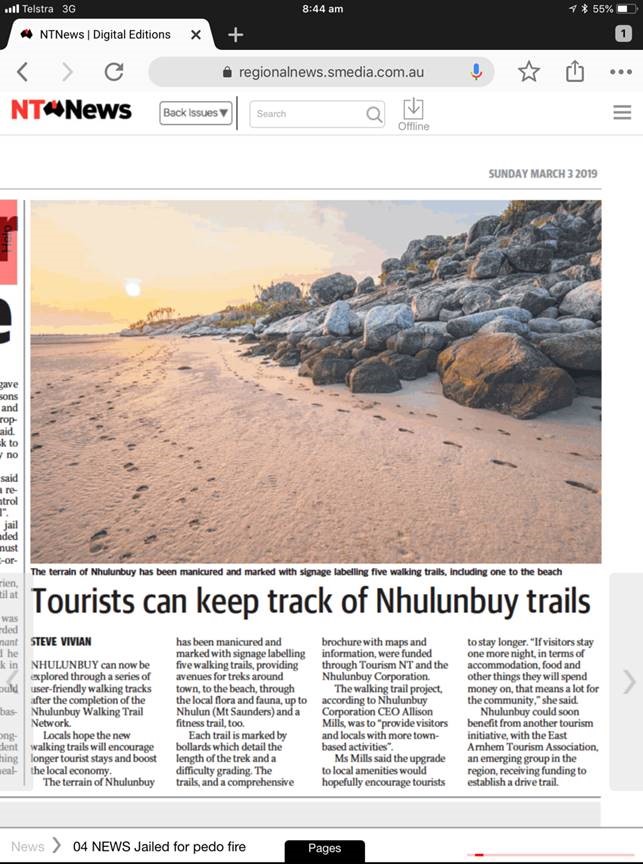 With flights from Darwin or Cairns, or a 710km 4WD journey from Katherine, it’s not exactly easy to get to – but a visit to Nhulunbuy and East Arnhem Land is well worth the effort for those that are intrepid travellers!

Nhulunbuy is almost as remote as you can get, it takes a day and a half to travel there from Darwin in the dry season and is inaccessible by vehicle in the wet season (only flying in is possible).

Located on the east coast of the Gulf of Carpentaria, the Nhulunbuy township is the major service centre for the vast and highly culturally significant region of East Arnhem Land and one of the richest bauxite deposits in the world. The region has been home to the Yolŋu People for over 50,000 years and the town of Nhulunbuy was originally established in the 1960s to service the local bauxite mine and alumina plant.

Short on ‘active’ ideas for the Christmas Break